Tsering Choden's video "Democracy is..." was the winner in Democracy video challenge from South and Central Asia region.Watch the video.
Posted by Hamiharu at 2:34 AM 1 comment:

Anil Gurung Is Going To UK For Chelsea Trail

Update: Anil clears the first phase of his trial

Nepal Star Striker Anil Gurung has been selected for a trail in Chelsea FC and Woking Club in England.

GoalNepal.com is proud to announce that UK has already granted him a VISA and he is flying to UK on 24th June.

Sahara Club, Nepal and Sahara Football Club, UK jointly initiated the trail-selection process. According to the official of Sahara UK FC, Dilip Gurung, Anil Gurung will play a trial match in Chelsea Football ground- Cobham and will give another shot in Championship-III side Woking Club.

"It is our pleasure and pride that we are able to take Anil Gurung to UK for a trail match", Gurung said, "The history will be written if anil is selected in any club. We have arranged trail matches in Chelsea and Woking Club".

Likewise, Sahara Club president Bikram Thakali expressed his joy. "I am very glad to arrange Anil Gurung's trail in UK. Obviously, the trail match will be tough. But also, we are optimistic that Anil will show his talent during his trail period", Thakali added.

Speaking with GoalNepal.com, Anil Gurung said, "I am very happy to represent Nepal. "I don't mind if i amn't selected there. It is my honor that I am called by them". "I will try my best to show Nepalese talents. I also want to prove that Nepalese players are capable of performing if they are provided enough opportunities.

Anil Gurung is arguably one of the best strikers of Nepal and ply his trade from New Road Team. Gurung is also the highest paid booter in Nepal as he is paid Rupees 26,000 per month.

A korean movie based on a story of Nepali migrant worker has released this week.
Watch the trailer of the movie on youtube.
Posted by Hamiharu at 8:24 AM No comments:

Nepal 3 steps up in FIFA ranking

For the month of June, Nepal is in position 170, steping 3 steps up from the previous month. India, the leader of South Asian region is in position 147. Maldives, Srilanka and Pakistan are in position 149, 161 and 167 respectively.Bhutan Bangladesh and Afganistan lie below Nepal in the ranking.
Posted by Hamiharu at 12:03 AM No comments: 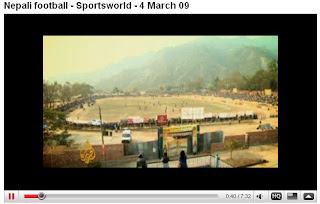 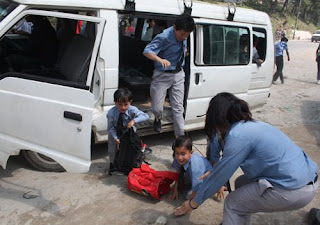 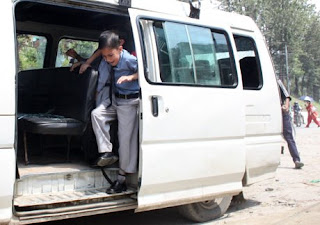 Posted by Hamiharu at 6:29 AM No comments: